One of the first things I ritually do when I arrive in Berlin is visit the families who live in the homes we built and gave to them. There are currently sixty people living there, and it consumes most of the balance of the day to greet each household. It is always customary for them to want us to come into their home, sit where they have offered a chair (many times leaving them with no place to sit), and consume whatever they have to offer for drink or food. To refuse their hospitality would be deemed offensive, even though their shelves are empty, and the refrigerator is only being used to store a lone tortilla or 2 – 3 bananas. They themselves will acknowledge that they had not eaten anything that day; a very humbling experience. 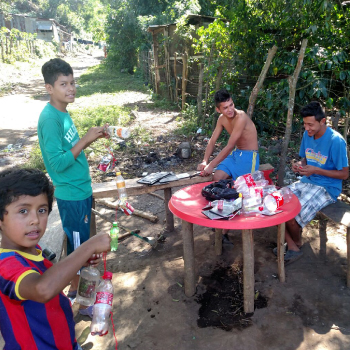 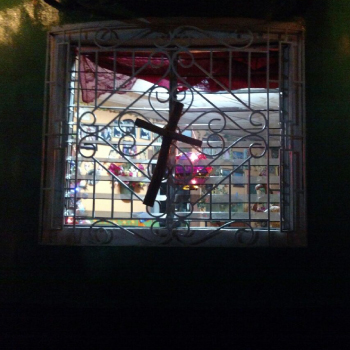 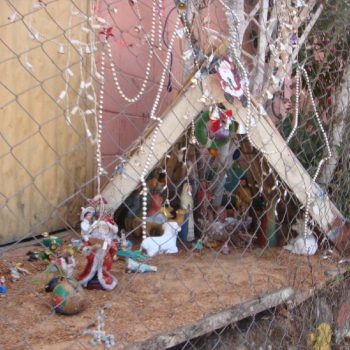 Upon arriving last week, the first thing I noticed was a handful of the occupants, in front of the gates to the developments, working on something at a table that was fashioned from a discarded satellite dish. When approaching them, there on the table were old cd’s, empty plastic bottles, a broken discarded toy, and other miscellaneous items. Matilda was crocheting red, white, and green snowflake-type doilies. When I asked what they were doing, they all pointed upward. As my eyes followed their gesture upward, I was awakened to the fact that they were decorating the large tree that stands guard in front of the gates to both the communities.

Upon being quizzed about what I thought, my response was if there was an award for best Christmas tree, it would be theirs. Although there are some who have decorations similar to ours here in the U.S., the majority have fashioned their own with what can be found or made; thus requiring more effort, time, and involvement keeping them in the reason for the preparation. 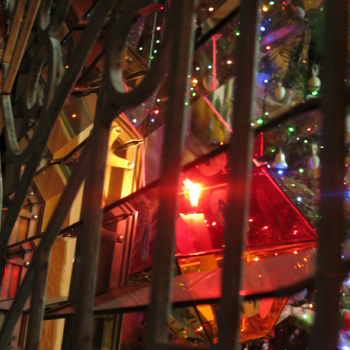 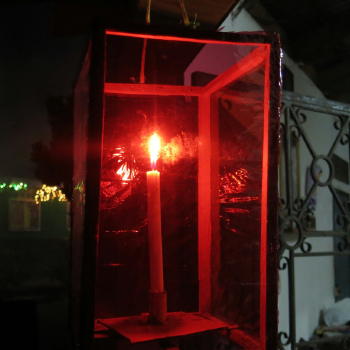 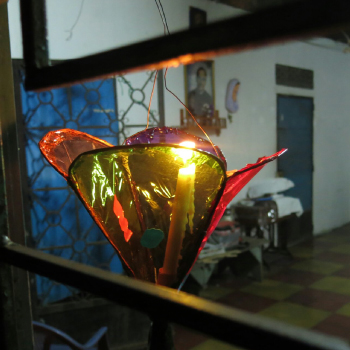 On Monday, December 7, the eve of The feast of the Immaculate Conception, windows are adorned with candles burning in a variety of lamps and paper lanterns. At 7:00PM, up and down each street in front of each house, a fire is made and lit out of any thing that will burn, turning the darken sky into a blaze. ‘Dia De Las Velitas’ (to turn away the darkness) is the purification in the fire (light) to honor the Virgin Mary’s maternity, symbolize purity of mind and heart, and welcome the beginnings of the holiday season. 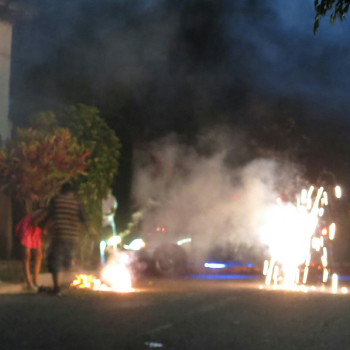 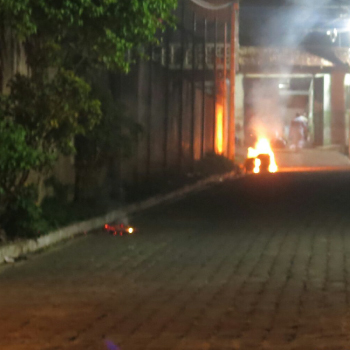 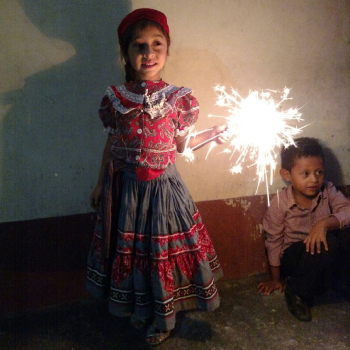 This is accompanied by a procession of hundreds of people carrying lanterns lit by candles and singing led by the priests from the local Catholic Church. They wind their way throughout most of the streets of Berlin, all the while being saluted by the ever-present explosions and light flashes that accompany every celebration; an awesome sight to experience. 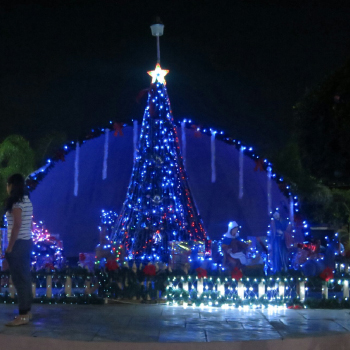 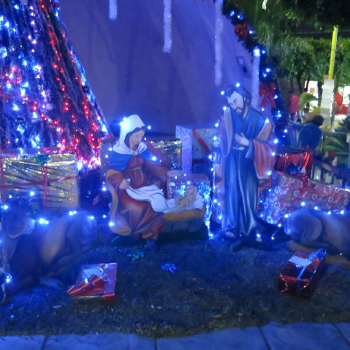 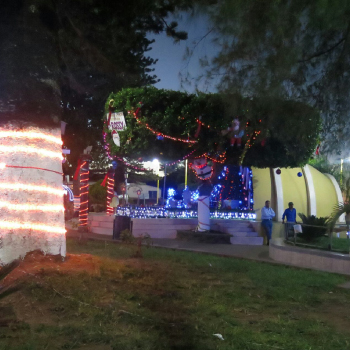 The park in Berlin is another sight to behold. Each of the many different trees and locations of the park are allocated to different businesses and entities to decorate as they wish; with many reflecting what they do or represent to the community and each giving their own special Christmas Message. Not one business, NGO, government entity, or individual worry that the political correctness police will call them out and try to silence them or call for a boycott of their business for publicly stating their Christian beliefs. At night, when the many displays are lit up, it would make Disney jealous. Mind you, this is all done with the blessing and help from the city government, and they actually participate themselves. In El Salvador, the public school officials invite the religious to come and bless their classrooms. 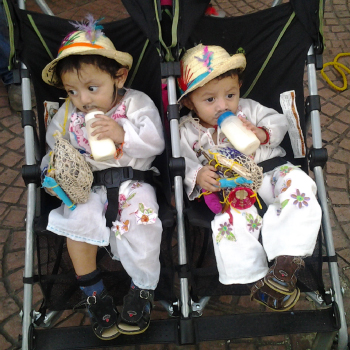 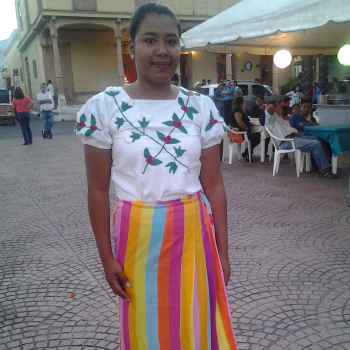 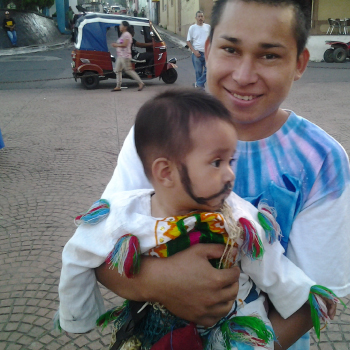 Not to be out done, there is the Feast of Our Lady of Guadalupe on December 12th. The preparations begin the night before with the building of the float that will carry the Virgin. The next morning festivities begin at the break of dawn. Actually, they began after midnight with the ever persistent bombardment of fireworks that literally light up the sky and provide a concussion that is felt on each explosion. These are not your typical U.S. approved bottle rockets but rather look like a stick of dynamite strapped on a four foot section of bamboo (see picture below). If everyone looks a little tired the next morning it is because there was little, if any, sleep being had. 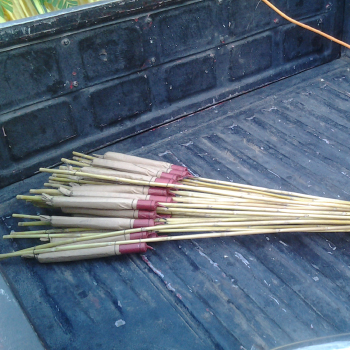 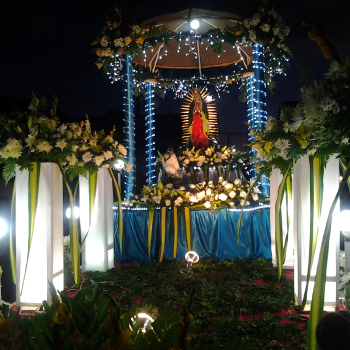 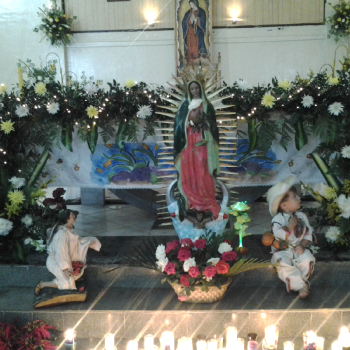 The park is full of people, and there are venders selling food; it would seem all the surrounding cantons would be desolate ,because all their inhabitants are in town for this celebration. It is a HUGE festival. Between the many tents in the park and St. Joseph Catholic Church, there is a Mariachi band playing with the band members in traditional costumes. Many women dress in traditional garb while performing dance routines, and young boys dress as Juan Diego. The Mariachi band proceeds into the church at Mass time and performs the music for the Mass. A different atmosphere for a Church Mass than we are accustomed to at home. After the Mass, the Virgin statue is carried out and placed on the float that is awaiting her arrival. The float is decorated beyond belief with floral arrangements, lights, and beads, and music serenading the Virgin Mother streams from its speakers.

The procession is led by the Priests from St. Joseph Catholic Church and escorted by young servers lighting the way with candle-illuminated lamps hanging from poles. The crowd gathers around as they exit from the Mass or join from the crowds in the park. As this procession begins to move, one of the Priests begins the Rosary, and the masses assembled are responding with their parts of the prayer. This celebration continues for hours, winding its way throughout the city of Berlin. Up and down each street, there are literally thousands of Believers crowding in behind the lead and following while serenading the Virgin with song and prayer. This continues for hours and eventually ends back at the front of the church where it all began. The statue of the Virgin is then carried back into the church and placed back where she resides. Back outside the floral arrangements that made up the float are being removed and handed to the scores of women that had been paying homage to Our Lady of Guadalupe (Virgin Mary). 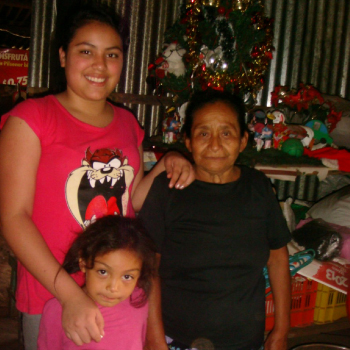 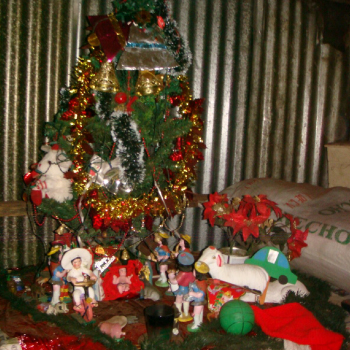 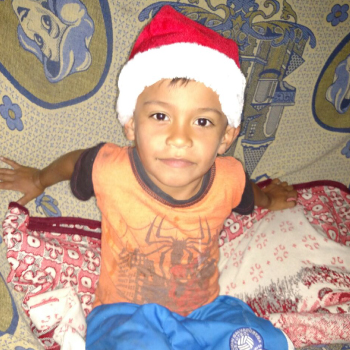 When visiting with the many people with very limited resources, which is a large percent of citizens of the Berlin area, you learn how they celebrate Christmas and the weeks leading up to it. These are families like Rosa and her two children. Rosa works at a bakery 10 hours a day, 6 1/2 days a week, getting only Sunday afternoon off while earning $15 a week. That’s right, only $60 per month, which basically works out to 23 cents per hour.

Or the many, many people, young and old, that pick coffee. They leave at 5 A.M. to walk 2 hours to the finca to pick the coffee cherries that are ripe, collect them in a canasta, and then fill a sack to be carried out to the owner at the end of the day; they then walk the 2 hours it takes to go back home. These workers collect a grand total of $1 – $1.25 per 25 pounds of coffee. Many are able to pick from 75 -100 pounds per day. Again collecting a pay check of  $3 – $5 a day. The people are still very grateful for what they have, because there are countless others without even this kind of job.  This hard life makes it unfathomable for me to grasp how they persevere.

It is their unwavering faith in God and that Jesus, their Lord and Savior, will protect and provide.

When celebrating Christmas, many will decorate with simple things they have made; maybe a branch from a tree with a few lights or ornaments. Most will try to have a special meal of chicken or chicken sandwiches. As most parents will tell you, their hope is to have enough money to be able to at least provide a meal on the table for Christmas.  Most children do not expect presents such as toys. If you would receive such a gift, it would usually be a $2 – $3 toy that you would find tucked under your arm or under your bed when you woke up. The most common gift that most children would expect (if there is to be a gift) is a pair of pants, shirt or skirt; maybe if you are lucky, shoes. It seems to be tradition that an article of new clothing is the most common gift to be worn on the 24th – 25th. Most gather and celebrate on December 24th, leaving the 25th to relax and just enjoy. 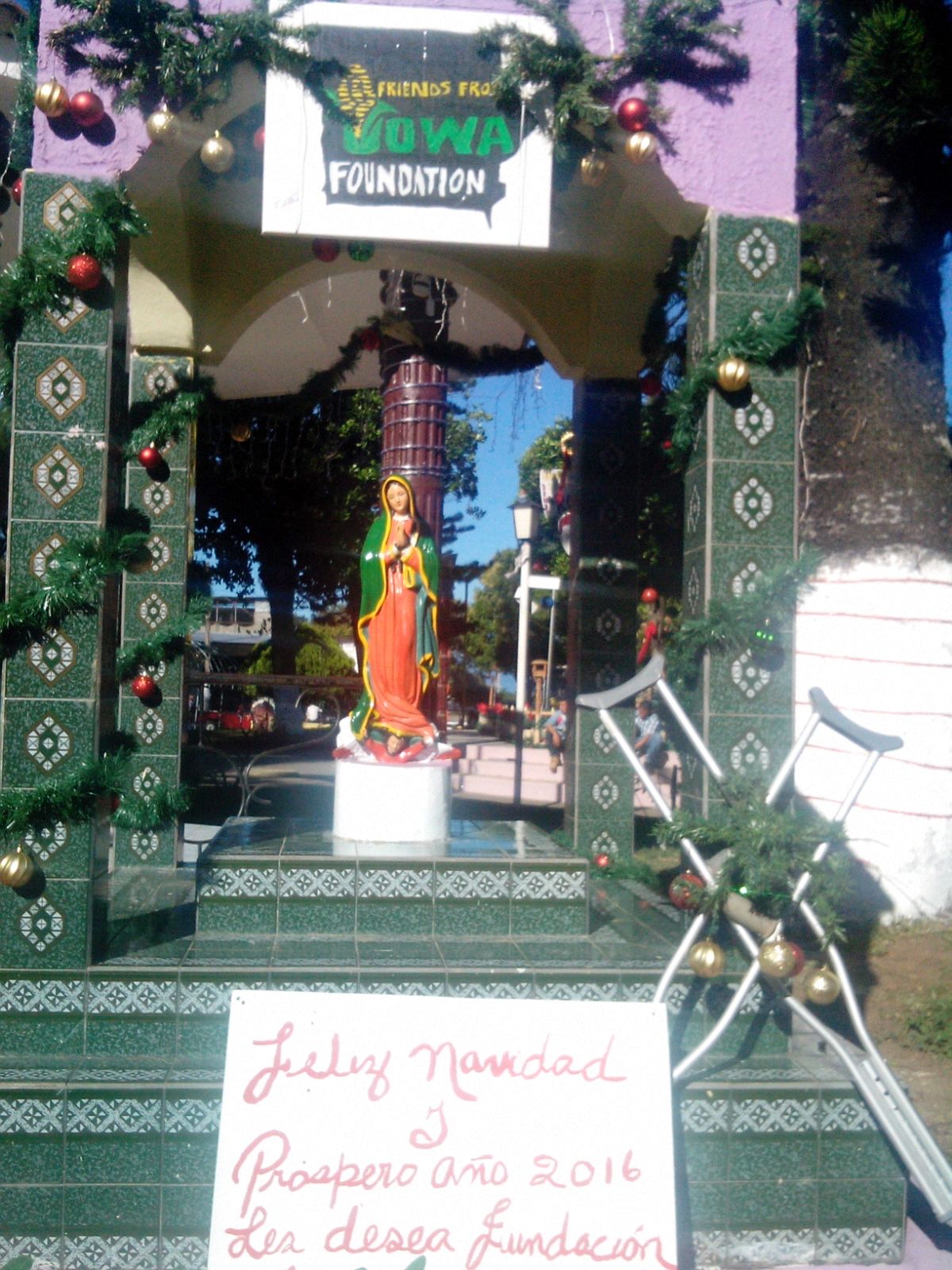 Once, when sharing pictures with my grandchildren from one of my trips, they commented that the people do not have anything, but they are always smiling.

I shared that my theory was, ”They already have found what some people here are searching for and think they can buy.” But it is not for sale, it is the gift of their life – it is the gift of Jesus, that God gave to them; it is their faith.

How refreshing to experience a society that celebrates the Christmas season (not holiday season) without the fear of reprisal from the politically correct. How rejuvenating to observe a culture that does not buy and sell Christmas with a credit card. How exhilarating it is to be in a country where the great majority of people accept the gift of pregnancy and honor this gift of a child as a gift from God and to fulfill God’s Will as Mary did when God chose her to be the mother of Jesus and carry him. Have a Merry Living Christmas,