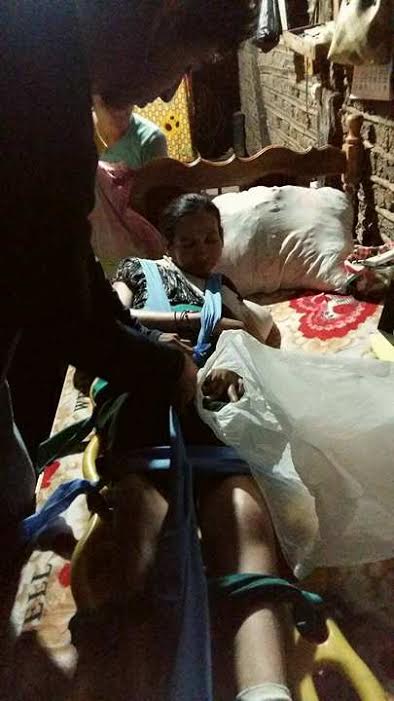 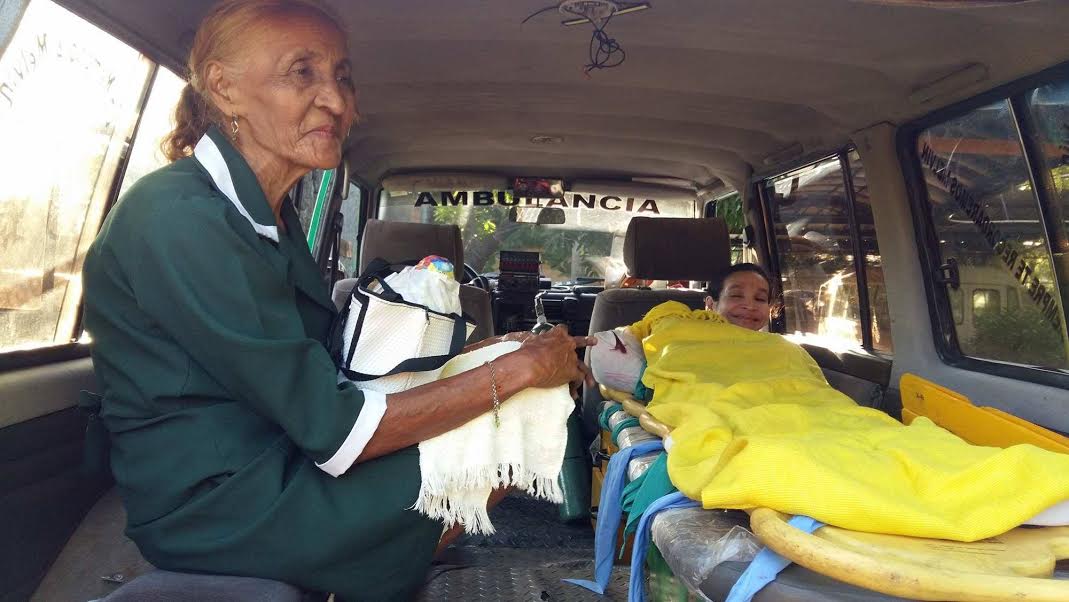 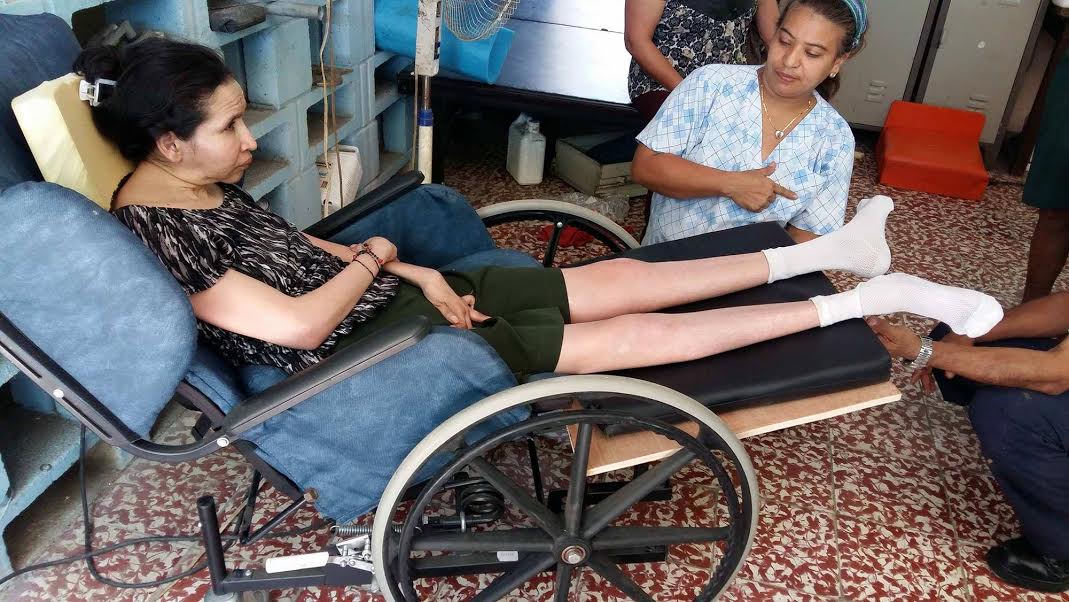 Magdalena Corcios is a 37 year old woman, who spent most of her adult life working in San Salvador as a house keeper. I met her and her mother this year when our Physical Therapist, Gladis and I started to do home visits. Her mother came to the Foundation asking about the services we provide. Gladis decided to visit her house and evaluate her. She found out Magdalena was not able to walk or even stand up, so we decided put her, along with 5 more, on our list of people to provide in-home physical therapy to. We do home visits on Tuesdays to people bedridden, who cannot come to our facility.

They are a family of 4: mother, father, sister, and Magdalena. Magdalena was the financial provider of the household, when she was working in San Salvador. However, out of the blue, she had to quit her job but not because she wanted to. In fact, her mother shared that the lady Magdalena worked with did everything she could to convince Magdalena not to leave. They did not know the reason why she was quitting, but Magdalena told me that one day she woke up with a terrible pain in every single joint of her body. It was so painful that she cried all morning. Eventually, she decided to leave the house. On her way back home, Magdalena called her mother and asked for help walking up the little path to their house. She could hardly walk.

That was the beginning of Magdalena’s condition. Her family took her to several doctors to find the cause of her pain and a possible treatment. In the end she was diagnosed with Rheumatoid Arthritis. With no possible cure but just pain killers and medicines that never worked, the only thing that calmed her pain was to lay in bed without moving at all. She remained in bed for several days, weeks, and then months, without moving.

When Gladis finished her first therapy session, the family was told we would be coming every Tuesday. I could see in her mother’s eyes an expression of relief and hope. Gladis told me the most shocking fact: Magdalena had been in bed, in the same position, without going out, and not even sitting in a chair for 7 years and some months. Gladis also said it was almost impossible to help Magdalena sit up. In fact, the swelling in her joints would not go away, and in her case, every time Gladis would try to do a therapy move, she would be in terrible pain, which makes therapy more difficult.

I could not stop thinking of a way to help Magdalena get outside, see the sun, feel the breeze, and just get out of her bed. Gladis and I kept talking about her every Tuesday and a way to help her. We made an appointment at CRIOR (a specialized therapy center with doctors) in San Miguel. With the help of the Green Cross team and their ambulance, we took her out of the house very slowly and carefully so not to cause her pain, and we drove her to San Miguel for her appointment.

Personally, I was frustrated and sad when the doctor said there was not very much to do, besides physical therapy sessions. We were afraid of hearing that, even though we knew that was the case. After that, I had a little hope. But the CRIOR team wanted to do anything possible to help Magdalena, so they found an appropriate wheelchair for her condition. Magdalena was happy, and her mother seemed satisfied and happy to know they have an option to take her out and see the outdoors.

Sometimes, I think of how many Magdalenas are out there. People waiting, hoping… praying for a single opportunity. Something as simple as someone taking some time to care about them and give them a day to see the sun again.

To All,   A big thank you to all who supported Wendy financially...