It is hard to overemphasize the lack of care and treatment in El Salvador’s government-run public health care system. It seems the motive of operation is to spew just enough medical jargon in the lip service that is given to the patient and their family to give the illusion that they are going to receive the help they are searching for. Instead, a false hope is given since most are sent home with no treatment or plan of action; just confused with a sense of hopelessness and betrayal. It would be easy to dismiss this if it was an occasional incident, but it is a recurring theme. As with Diana’s journey, she and her family were led along for two years riding the roller-coaster of empty promises and lost hope.

Diana said it best on a poster that she made and hung on her bedroom wall: “I prefer ugly truths to beautiful lies,” pretty profound for an eighteen year old. 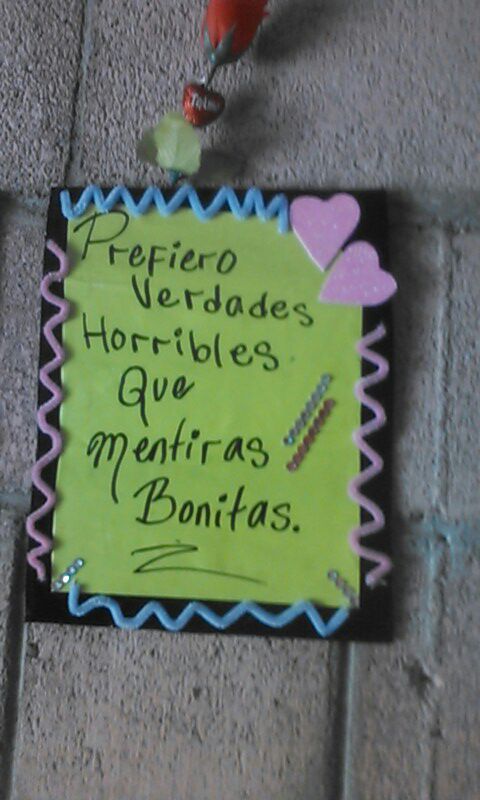 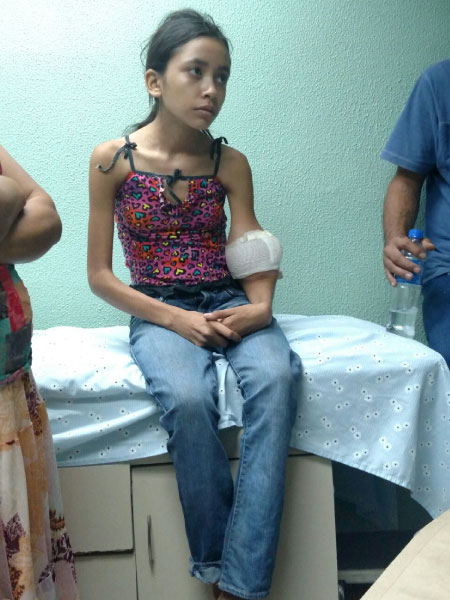 On Monday, we followed up on Reina. We assumed that there would not be much to report because it was a late Friday afternoon when we had her admitted to Senora La Paz Hospital. The doctors had completed the tests and biopsy that were ordered for her. They also contacted the Hospital Nacional Rosales where Reina had spent four weeks asking them to forward her records and the results from the biopsy that they had performed there to compare to the new one that the private hospital just conducted. To no surprise, the national hospital reported that they do not have any results yet.

Unbelievable! What were we expecting? It has only been over a month since these were taken, and the tumor on her arm has now doubled in size.

Sarcasm aside, the results from the tests and biopsy taken this weekend will be shared this week along with a plan of action decided and put into action. Reina is being kept comfortable and well fed (something she much-needed). Maria, her mother, is happy transitioning from the wooden chair to the single bed as she keeps watch like a good mother would do.

We, here in the U.S. are truly blessed to live where we have a health care system that does not discriminate because of our net worth.

Unfortunately, there are many places in the world including El Salvador that base their medical system on the age-old adage: YOU GET WHAT YOU PAY FOR.

Will keep you all posted of any updates.