When you first meet Steven Yahir Tobar, known most commonly as Yahir, you notice his cute freckled face and priceless smile. He is like most other 7-year-old kids; full of energy, likes playing with his sibling, lives with his parents, and attends school. But another distinct thing about him is how he currently walks and runs.

After being born full-term via c-section on December 20, 2009, Yahir spent 16 days in the hospital, because he swallowed stool while in the womb. After being treated for this at the San Miguel Hospital, he began growing like a normal baby, but the doctors diagnosed him with Child Brain Paralysis.

He then attended CRIOR, the therapy center in San Miguel, where they re-diagnosed and treated him for Hemiparesis; a weakness of the entire right or left side of the body, which can be caused by the lack of oxygen to the brain.

In 2012, Yahir was referred to FUNTER, another therapy center in El Salvador, which is the most complete therapy facility with specialists. He was diagnosed for a third time with a form of Cerebral Palsy called Spastic Diplegia. This form of Cerebral Palsy is a tightness or stiffness that usually occurs in lower muscles such as the legs, hips, and pelvis.

When I met Yahir around 3 years ago, I was a member of a youth group that, along with other friends, was formed to put on big and small events. Our goal was to help people needing any kind of medical assistance. We were able to raise several hundreds of dollars to pay for medicines, exams, and even physical rehabilitation equipment through those events. We were told about a 4-year-old boy who had trouble walking and needed a walker. 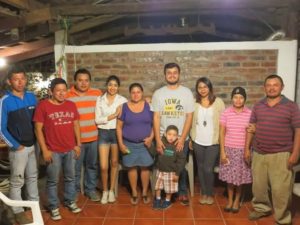 Our group met Yahir and his mother, Regina. Regina told us about Yahir’s home therapy plan. The idea was to try to walk slowly with the help of a walker in order to improve his body posture. I immediately liked him, and he became my friend. After being in-touch for awhile, his mother told us the doctors recommended a procedure to improve his Diplegia. They wanted the family to pay for Botox to be inserted into each leg for $320.00 per leg, which was financially impossible for their family. So, the next time a delegation from St. Boniface Church visited Berlin, Usulutan, El Salvador, I told them about Yahir, his diagnosis, and the cost of the Botox. Thankfully, they paid for his injections. The specialists from FUNTER applied the injections twice, once in January 2014 and the other in July 2014. We saw a lot of improvement.

In addition to those injections, the continual help of our Foundation’s physical therapist, Gladis, helps Yahir improve even faster. He has therapy sessions with Gladis at least once a week. An effective and fun physical therapy method Yahir enjoys is pedaling on a stationary bike; we’re thankful to Bill Forret for donating this piece of equipment to our Foundation’s therapy center!

This year, the first of two surgeries were scheduled for Yahir. The first one was on October 19. A friend of Friends From Iowa Foundation, Mrs. Connie Hefner, made a special connection with Yahir and his family and wanted to pay for this important first step. The surgery was based on Botox again; it cost $1,280.00 for 4 Botox injections and $100 for a contribution to the Hospital. The Botox was applied in both legs to strengthen his muscles and get them ready for the next surgery. Yahir had a cast for more than a month to prevent any movement. He was not allowed to walk or even stand up. After that time, he had to start walking again with a walker.

His second surgery can be done immediately, but we are in need of a financial donor or a group of people who want to raise money for the second surgery. It will be the main surgery and consist of inserting Platino Bars LCP of 3.5 mm into his legs. Each bar costs $1,400.00 making a total of $2,800.00 for both legs. The bars will straighten his hips, which in turn will straighten his entire legs. As a result, he will be able to better control his movement and steps, have more balance, walk without pain, and have better posture.

I have known Yahir and his family for some years now, and it is hard to see how much they struggle and suffer – Every. Single. Day. The only one employed is the father, who is an assistant bus driver. It does not pay very much, but it covers food and home utilities. They are also trying to pay $80.00 a month for the land they built their metal lamina and wood house on; usually, these payments occur on an average of 10 years to pay the property, which is a lot of time and of effort for someone who makes less than $5.00 per day. His story, his case, and his life are very special to me as I have many meaningful memories on my mind: I will never forget two years ago on Christmas when I saw him by the park, and he was crying for some reason. I approached him and his mother and asked what was wrong. He immediately, without hesitation, told me he had seen a Lightning MacQueen car from the “Cars” movie, but it was not just the car; it was a remote controlled version of the car, and he had fell in love with it. I asked him if he could take me where he had seen it. He nodded yes, so we walked all the way to the local market. There were about 10 people selling toys, but he directed me to a particular place. There it was! Nice and red. Then he said, “This is the one I want!!!”

He made me think of those things that are priceless in life for all human beings. For a kid like Yahir, Lighting MacQueen was priceless, and for me, even though he will probably never know it, his smile became priceless.

Here’s to a New Year and a Straight Walk for Yahir,
Andrés
FFIF Executive Director 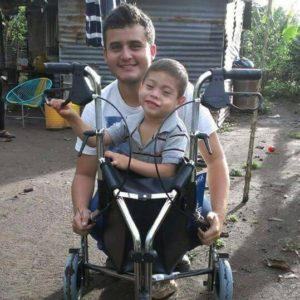 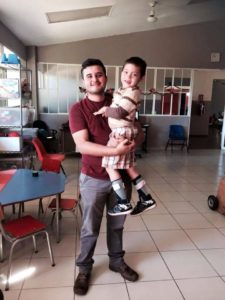 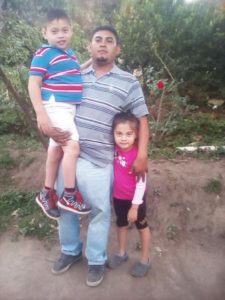