Does poverty have a face?

I am told there are people living in poverty right here in Waukee, Iowa; the place that I have grown up and lived in for 62 years. I can truthfully say that I do not think I have seen true poverty in my hometown. Maybe it is because as a child I did not know any better or didn’t associate things with it. Maybe, it is because in today’s world, here in my hometown, there are many government social welfare programs available for those in need, which masks their true situation. Or maybe it is because over the last 10 years I have been traveling to the Central American country of El Salvador, so my perspective has become skewed.

Each trip starts out the same with much familiarity, yet each trip also has many distinct memories. Some bring a smile but all too often many leave lasting haunting images that are hard to forget. I think it is better to not forget but share them so others can understand why I am drawn back and do what I do. A recurring theme on each visit is the different faces of poverty that I see. Each new experience leaves me with the thought that I have seen it all and that it can’t get any worse. Well, to prove this theory true, I believe I experienced the true face of poverty. If there is a poster child / family for poverty, I think they have been found.

I was visiting a family I have become friends with over the past ten years in a canton near Berlin. When parking the pickup at the front of their property, there was a young boy about ten sitting on a pile of wood. Since I know this family well, I knew he was not one of theirs. His hair was unkempt, looked as though it had been a long time since he had an opportunity to bathe, shirt open, pants held up with a string, only one shoe, and eating some type of root that he had foraged from somewhere. He kept his distance not knowing for sure if we were friend or foe. When we tried to talk to him, he ran off down the road. My friend explained who he was and gave a little history about the boy and his family that lived down the road. After hearing a short bio of the mother, Mercedes, and her seven children (Johnathon, Jairo, Alexis, Ember, Eliza, Eulalio nicknamed Lalo, and Soraya), we continued our visit.

That night I was haunted with recurring images of that boy. They say first impressions tell a lot, and his image was forever locked into my brain. I didn’t sleep much that night with the image of that boy flashing in my brain. The next day I knew I had to go back, and there on the road was Alexis, the boy that got our attention. We had purchased a bunch of groceries and put them in a large wash basin to give them. He kept a safe distance ahead of us, stopping occasionally to let us catch up. He was joined on the road by two younger boys that were completely stark naked, one maybe two years old and the other five, before they crossed an old barb wire fence and headed for an old rusty lamina shanty. Upon realizing that we were bringing baskets of goodies, they let down their guard and slowly befriended us and helped carry the provisions we had brought. After navigating an opening in the barb wire that encircles the property, we were soon greeted by the rest of the family. The mother, Mercedes, invited us inside the family’s shelter. It consisted of old rusted lamina that was full of holes, a couple of filthy torn mattress’s thrown on the dirt floor with no bedding, and a cook fire smoldering upon a make shift stand with a tin pot perched on 2 pieces of rebar above the embers. There was an old hammock hanging between two of the timbers and one small child’s chair that made up the total of the furnishings.

The kids gathered around and began to investigate what precious offerings we had brought. One stood guard over the 10 dozen eggs with the look of disbelief. Alexis, the 10 year old, had grabbed a packet of Ramon noodles and put them in a plastic bowl and began eating them hard. The mother poured water from a single cantero that sat in corner into the tin pan on the stove and blew on the embers to try and revive the fire. That single cantero (4 gallons) is the only source of water for this family of eight, which must be refilled by walking a distance. We encouraged him to wait until we could put warm water on them, but his hunger vetoed any of our suggestions. Two of the others spied among the treasures of staple foods and packets of chocolate and strawberry flavored cookies. Their faces looked as though Christmas finally arrived a month late.

When my eyes would look at each of these siblings I wondered how do they survive. What has sustained them to this day? It is as if they forage individually for their own survival. They have no source of water, there is no place or furnishings to bath or wash clothes, and the toilet consists of a hole in the ground with black plastic hanging from two sticks only giving the idea of any kind of privacy.

When I look into the eyes of Eliza, the thirteen year old girl trying to grow into a young woman, I think of my own two daughters, and the rest of the six siblings down to little Johnathon. It makes my heart ache that there is such unjust deplorable conditions that people, especially innocent children, must try to survive in.

Having six children of my own, it is disheartening to think of this family and what is to become of them. No, they are not the only ones; as you travel the country and into the cities, you observe similar conditions everywhere you go, but their situation is as bad as it gets: no work, no resources, little if anything that would give a semblance of dignity as a human being. Nothing. It’s as if the world has determined the only thing they are entitled to is the air that they breathe. It is personal now, because I know them. I know their faces, I know their names, and I was given the opportunity to see into their lives

When deciding how to help them and give them a hand up, I learned that if their shelter was improved and water service is brought to the property, the owner of the property would most likely remove them and rent the improved setting to someone with the ability to pay a high rent, thus creating an even worse situation. Currently, other options are being investigated. Unfortunately, the wheels of injustice move swiftly, but the wheels of justice are slow to achieve.

I made a promise to myself and God that we would be persistent in helping bring a sense of dignity to this family with improved living conditions. Once again, I feel privileged that God has allowed me the opportunity to look poverty in its face, and that vision is forever implanted in me. 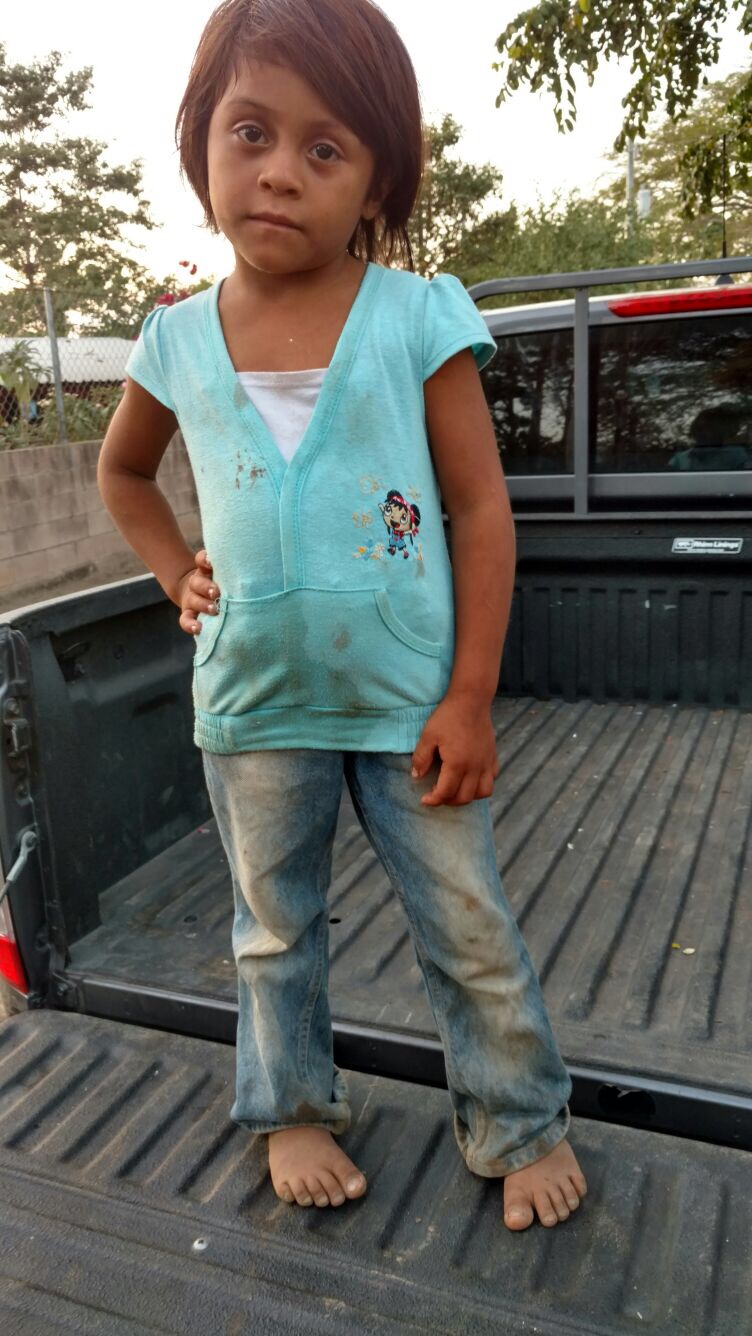 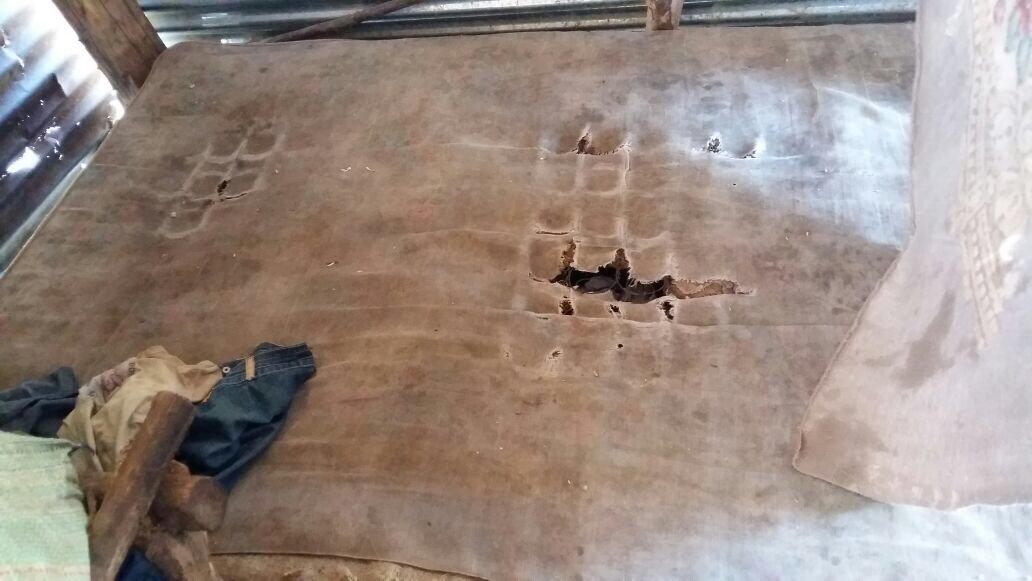 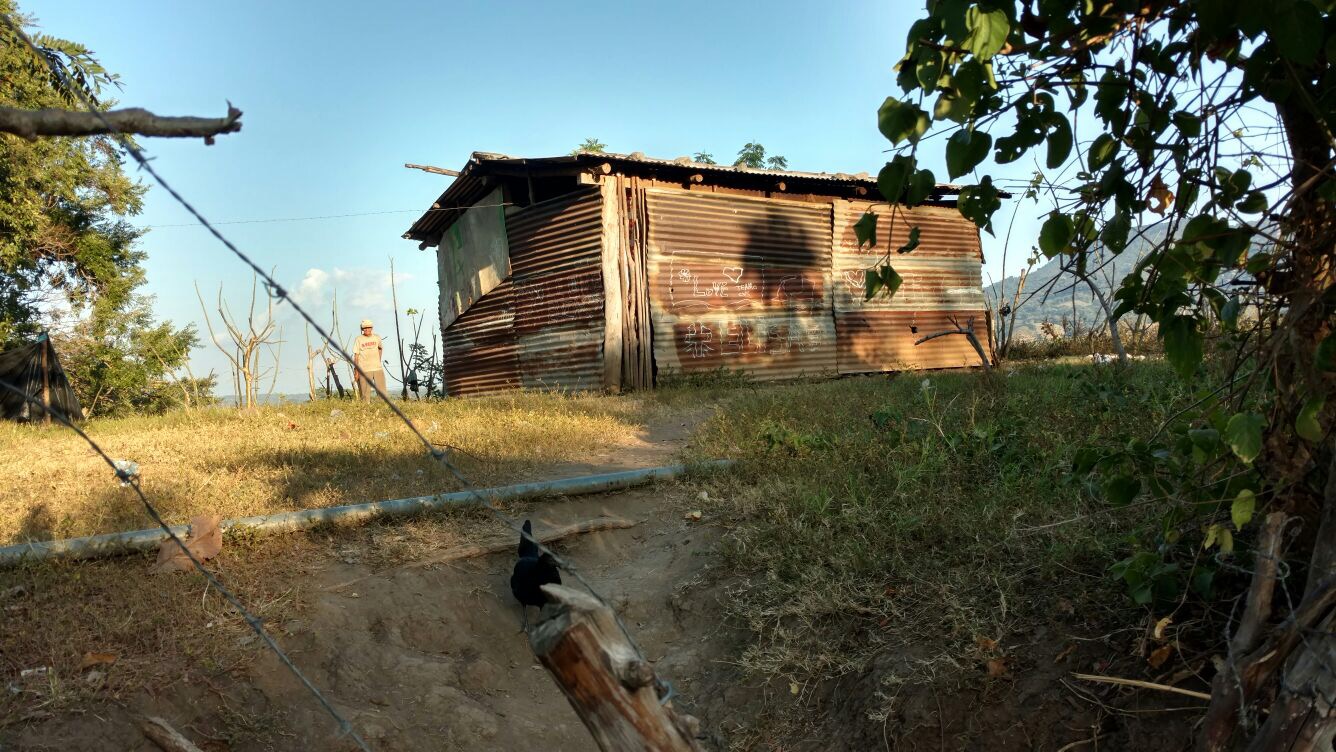 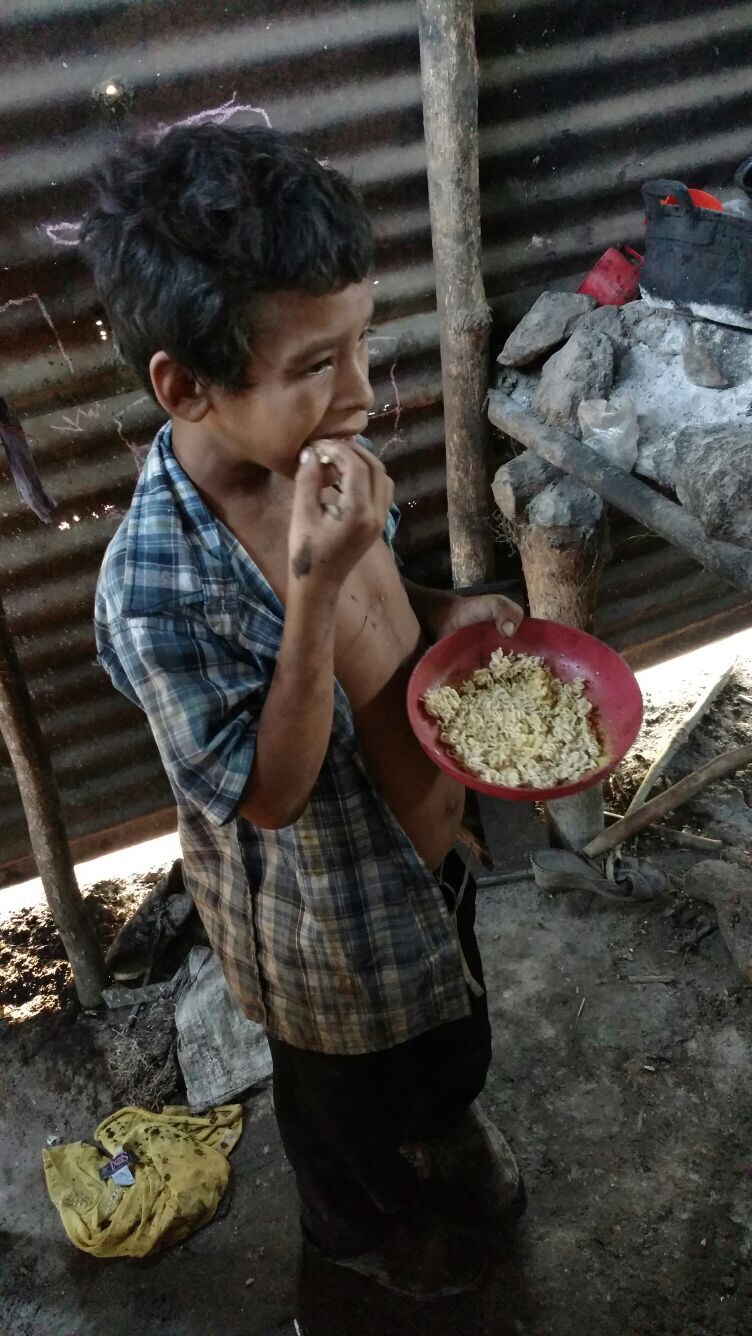 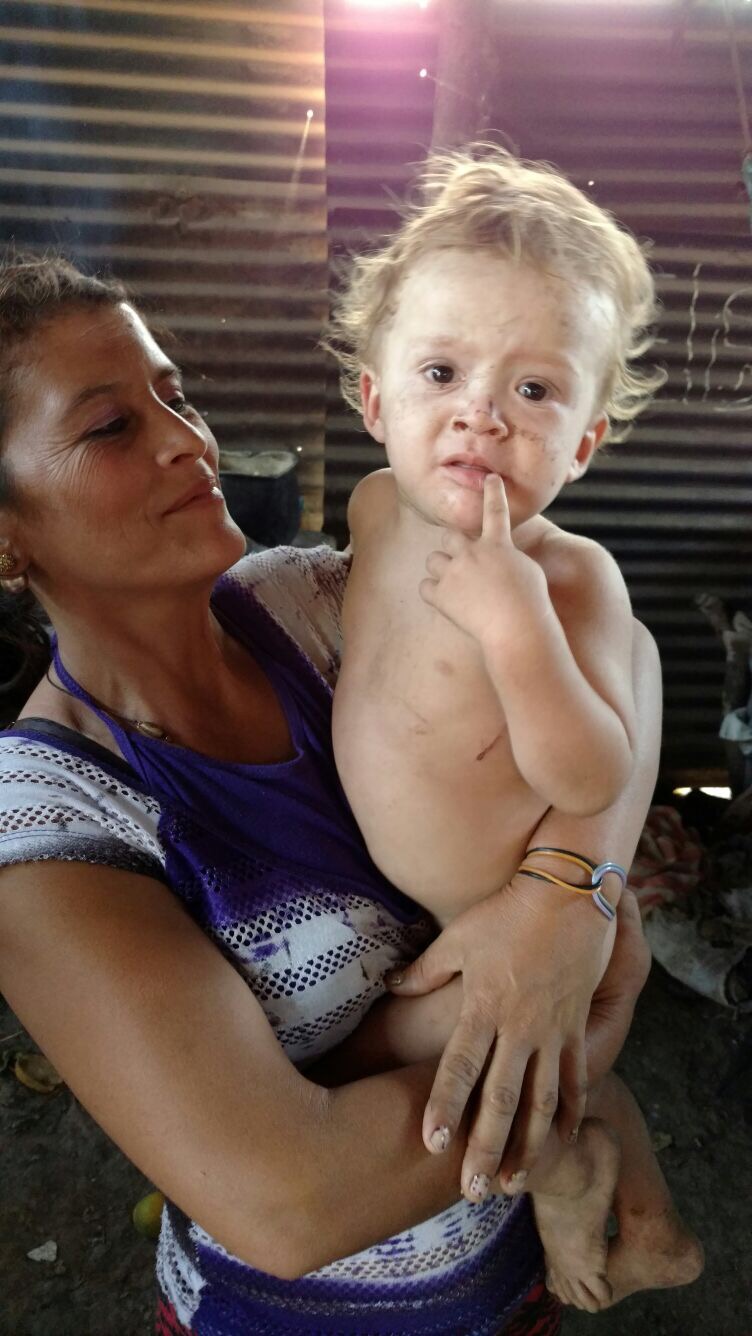 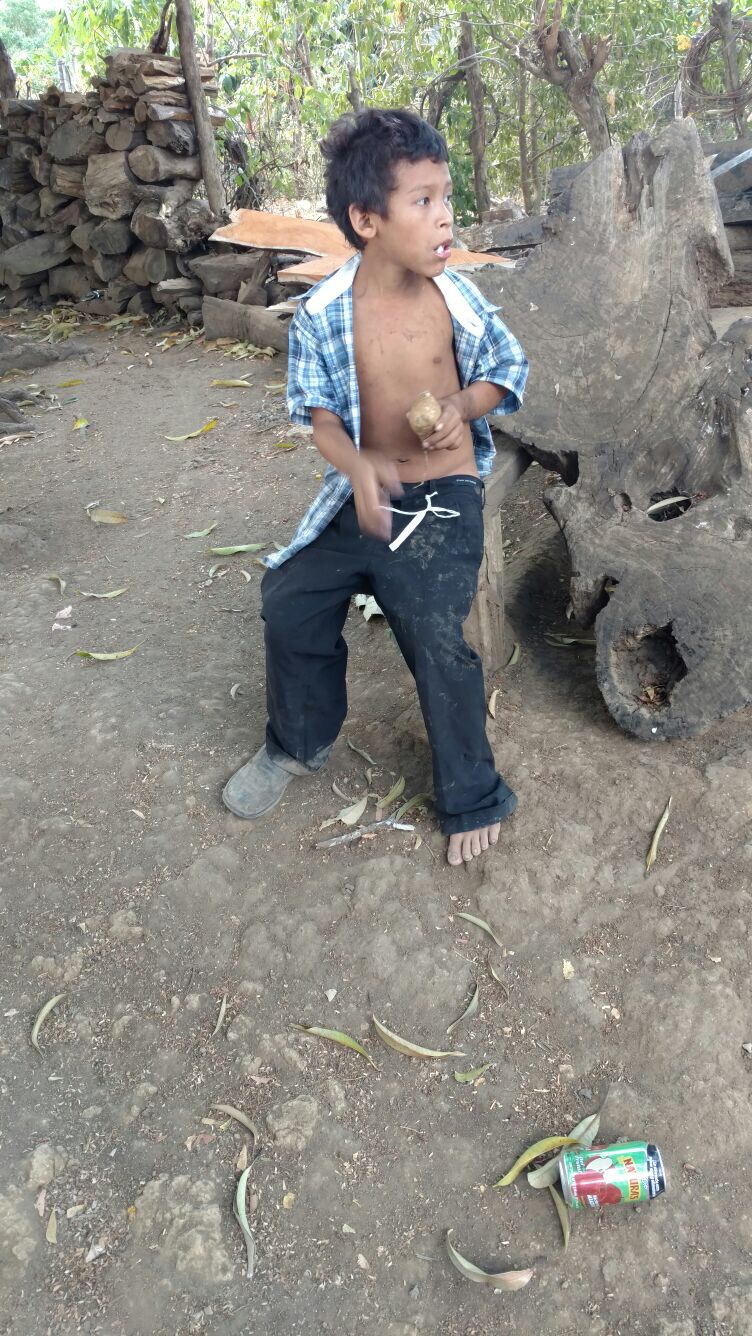 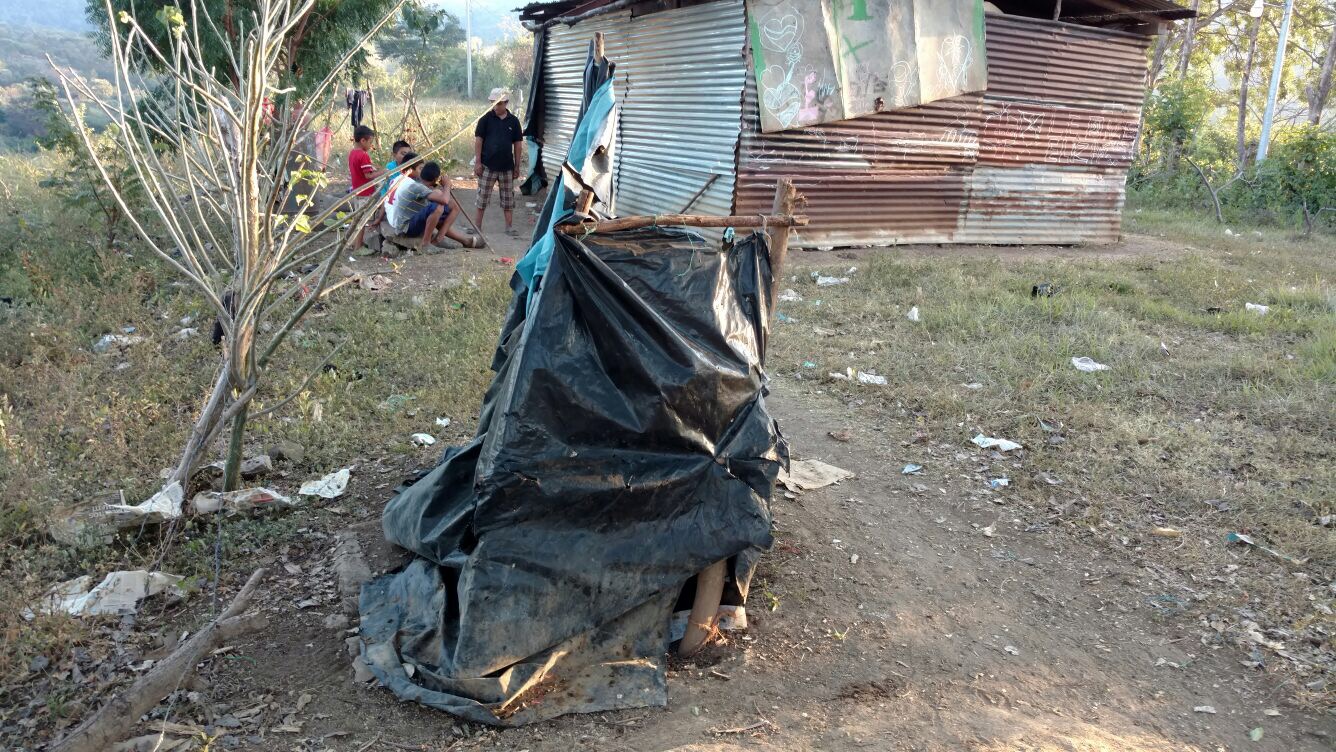 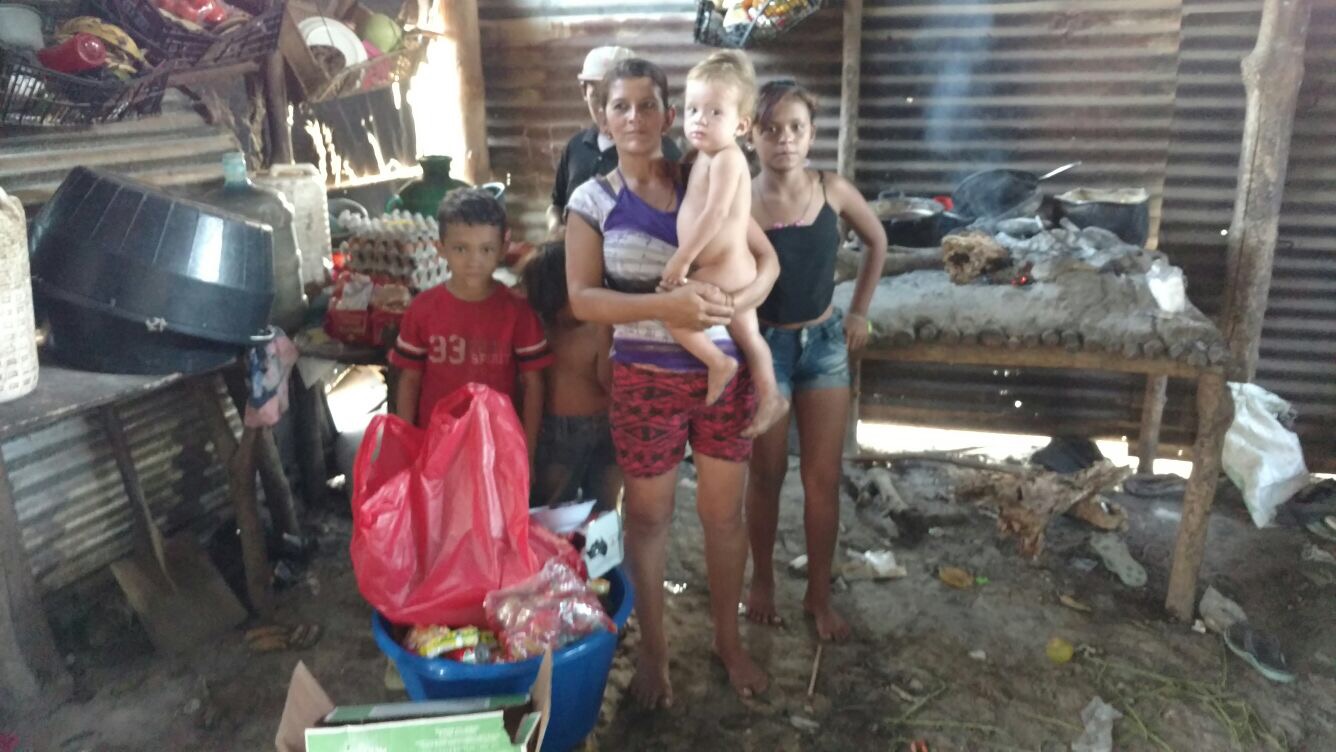 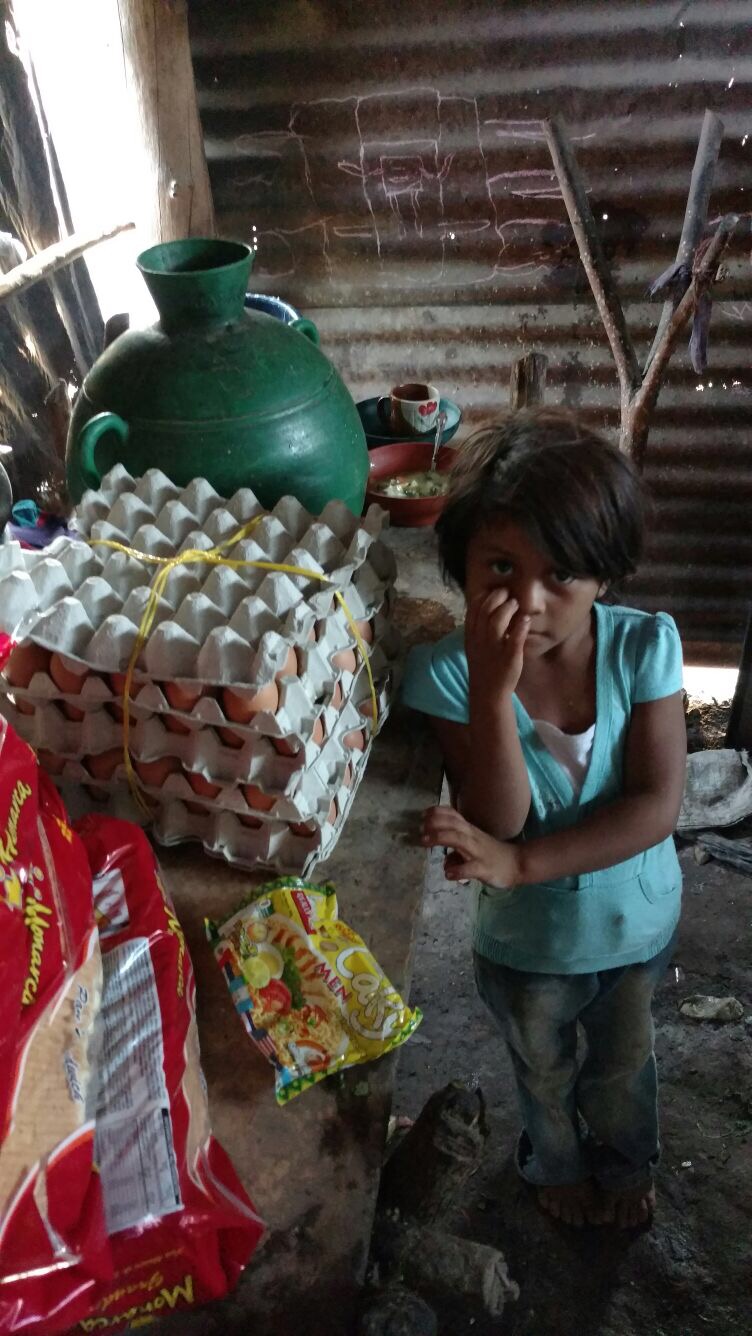 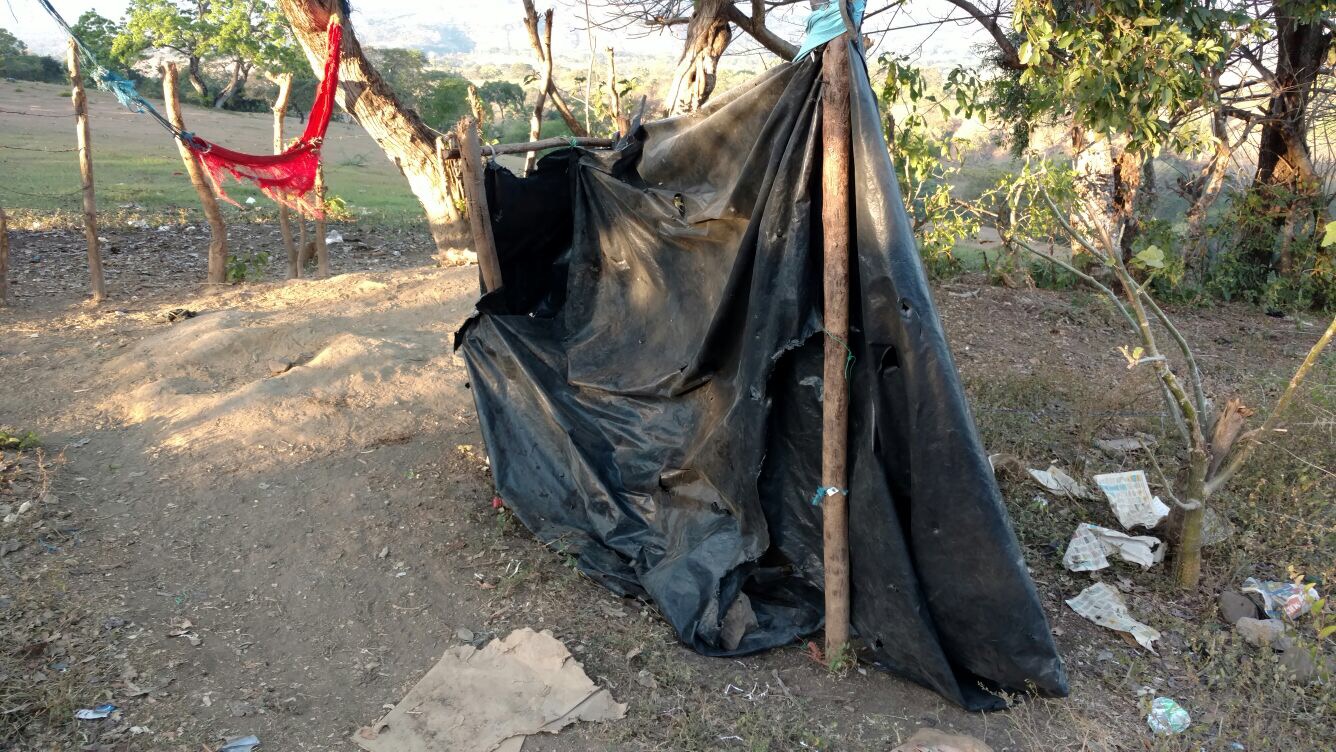 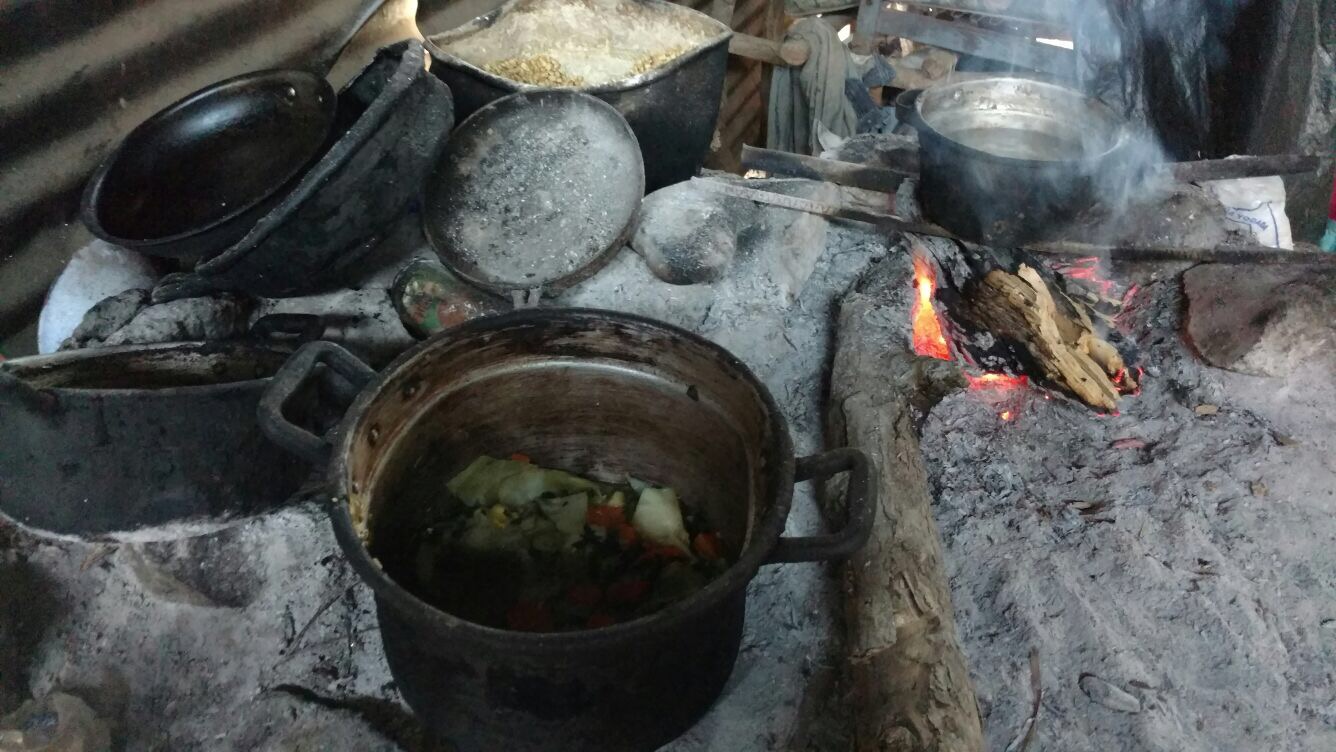 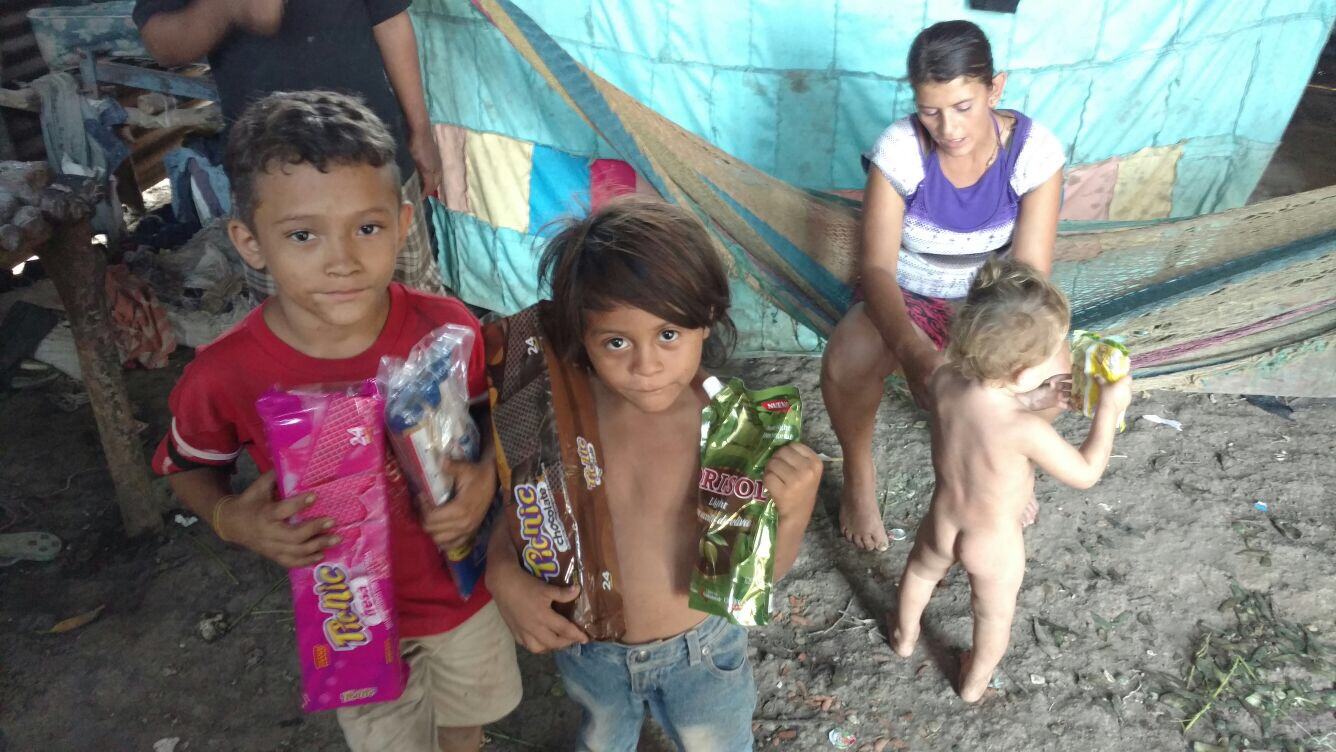