“One doesn’t need to have grandiose ideas and plans, it is more often than not, that the biggest impact to help change and make a difference in someone’s life comes from the little things.”

Once when presenting to a church youth group about the many blessings that were being accomplished in the poverty stricken country of El Salvador, a teenage member of that group lamented on the following:

“We don’t have any money. What could we possibly do?” 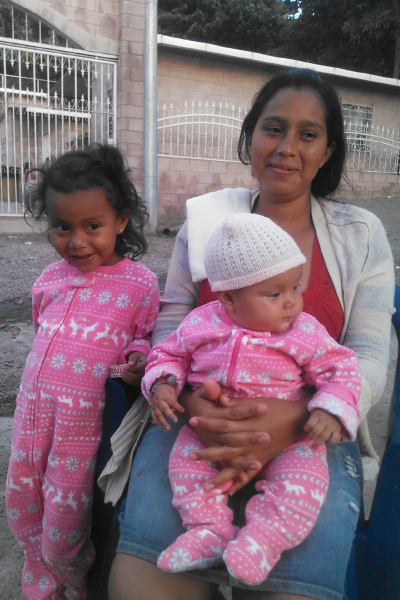 Let me introduce you to Katherine, or Tatiana, as her mother calls her when wanting a quick response from her: Katherine was first introduced to us while she was still in her mother’s womb, literally just hours from joining the rest of us in the outside world. There was an overwhelming haunting of the vision of this precious little being surviving and growing up in the conditions which surrounded us. Katherine and her family would end up being the inspiration for a housing project in Berlin. (more on that in a future update) This little girl and her family would become a priority to visit on each subsequent trip to El Salvador.
Fast forward 5 years to this past January. The moms and kids were all excited: school was to begin. The big day arrived, kids could be seen coming from everywhere, walking down paths from the mountain side, bouncing down the sidewalks while holding onto mom’s hand, everyone walking of course to the destination of their respective school. Then there was little Tatiana holding her moms hand with the biggest smile she could muster. With her hair in pig tails, hand me down backpack, and dressed in the required uniform of Light blue blouse and dark blue skirt (which represents kindergarten), she was ready and totally enthused about this new adventure called kindergarten.
The next morning when I stopped by the houses, I could see Tatiana from a distance and was excited to hear about her first day of school. When getting close enough to her, I could see that she was carrying a scowl on her face and with her body language it was not hard to deduce that she was disappointed. She was still in her tattered pajamas and had not gotten ready for school yet. When asked about that, she replied, “I am not going to school.” Upon further questioning, it was revealed that at her first day of school she was informed that she was not allowed to attend if she did not have a pair of shoes, especially black ones.

How devastating to a 5 year old whose view of the world did not quite yet include the have and the have-nots. So being a guy, I just didn’t want to hear about the problem, I wanted to fix the problem. (you know what I mean) A moto taxi was procured; Katherine and her mom in the back and I in the front sharing the tiny glove like seat with the driver. We set off to the market to find a vendor that sold shoes.

There they were, rows of shoes, all kinds of styles: tennis, flops, dress, and of course there on the lower shelves were the kids shoes. One has to remember that this kind of store is not one where Katherine’s mother would normally be seen in. It seems one of the unfortunate effects of extreme poverty leaves one with the mental imprint of not being worthy. A huge smile formed on little Katherine’s face as she spied a pair that caught her eye. There they were, a black pair of slip on leather shoes with a silver buckle on the strap. What little girl would not be totally content with such a prized possession? It didn’t take Tatiana but just a few seconds to express these were the ones. The clerk was asked to ring up the sale and if she could add a couple pair of much needed socks. After doing a little figuring on a calculator and writing on the receipt pad the sales lady exclaimed, “That will be $5.” I was somewhat caught off guard, after helping raise six children of my own, I was expecting to have to reach a little deeper in my pocket.

“FIVE DOLLARS – what a small price to pay for this young girls happiness and especially her future.” 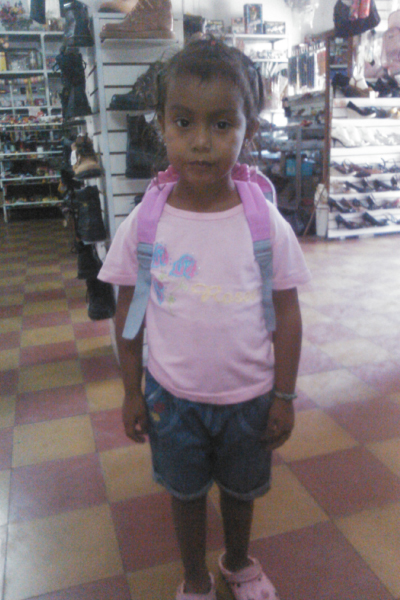 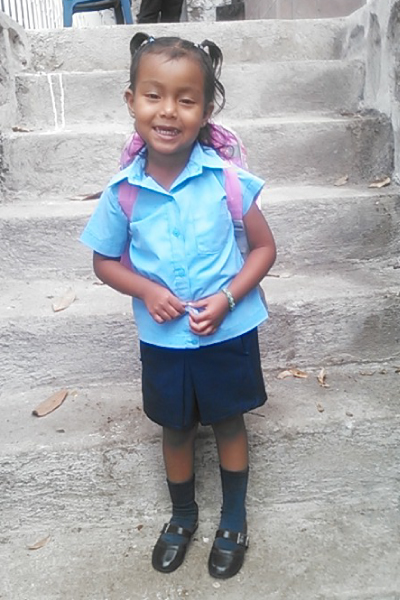 Our little student was now ready to try this kindergarten thing again. After returning home from school that next day, like any five year would be, Katherine was so full of excitement and self fulfillment wanting to share what she had accomplished in school that day. I have to say it was one of the most beautiful pictures that I have ever seen that see had posted on her bedroom wall.

So back to the comment from the youth group. One doesn’t need to have grandiose ideas and plans, it is more time than not, that the biggest impact to help change and make a difference in someone’s life comes from the little things.

For Just FIVE DOLLARS You Too Can Make A Difference