I want to introduce Alexander. When I first met him, he was strapped into the back of a pickup truck with his young daughter embracing him, giving him a kiss, and not wanting to let him go. Alexander was getting a one-hour ride to a hospital in San Miguel. He is like so many of the others that we help at the Friends From Iowa Foundation. The help and assistance that we give is not just a one time handout; the help that FFIF provides is ongoing, monthly, weekly, and sometimes daily follow ups. The goal is to provide assistance and create a plan that has an end. At that end, we are hopeful the people and their families can resume a semblance of their lives they had and gain a little dignity that is deserved as well. Part of that end for Alexander and his family is a new place for them to live. One that he can navigate with easy access, has enough space for his young family, is safe and secure, and has a few of life’s pleasures like a bathroom with a toilet. We have acquired a property with a house that we are giving Alexander and his family. If anyone would like to contribute to help with the needed repairs, it would be greatly appreciated, and you will never be forgotten by Alexander and his faithful family. We have $3,800.00 of matching funds available for anyone interested.

I will let Andrés, the FFIF Executive Director, tell his story of Alexander below.
– Jerry

I AM SUPPORTED BY PEOPLE FROM GOD

I met Alexander on November 16, 2015. He was sitting in an old metal chair that served as his wheelchair, and he was not able to walk or move his arms, especially the right one; at first, I thought it was some sort of Paralysis, since I did not know what his problem was.
Now, I know he is 33 years old, married with 4 kids of 12, 9, 4 and 1 years old, and his diagnose is Cervical Intramedullary Astrocytoma grade 4, between C1 and C5. As part of the information we need from him, Lorena, FFIF’s Social Worker, asked him if he remembers how it started. One morning about a year ago, he remembers feeling a painful sting on his shoulders, while getting ready to go to work on the filed where he had some crops a regular morning, a year ago. It was so bad that he decided to go see the doctor. They did not find anything, but the pain was constant. After seeing 3 more doctors in different places, they decided it was a muscular issue. The following days he could not pee and was constipated all the time. His last reference was to the Public Hospital in San Miguel where, after several X-rays and a CAT Scan, they did a MRI. They found the grade 4 cancerous tumor.

His mother and wife came to me asking for help last November; they needed transportation. Apparently, Berlin Public Health Clinic’s ambulance was not available until later in the afternoon, and the Green Cross had an old ambulance that was not able to make the trip to San Miguel, where the National Hospital is located. I did not have a vehicle, so my first thought was to ask the city hall for help. However, the ladies told me the 3 vehicles were not in town, so I only had one option: ask a friend who has a pickup to help me up with this case. I called him, and he said, “I will be there in 10.” The access to his house is really bad; the main dirt road is awful, especially during the rainy season. 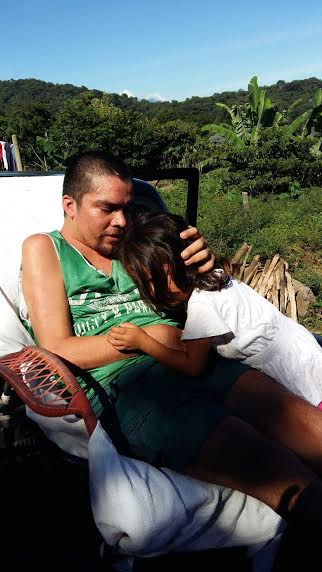 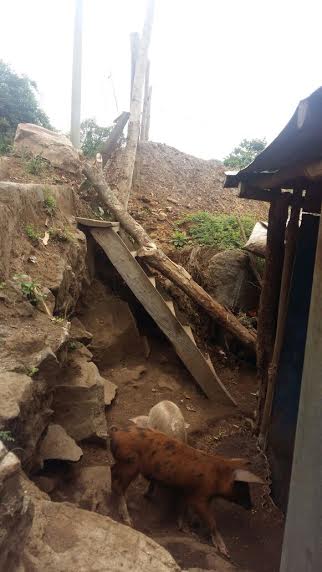 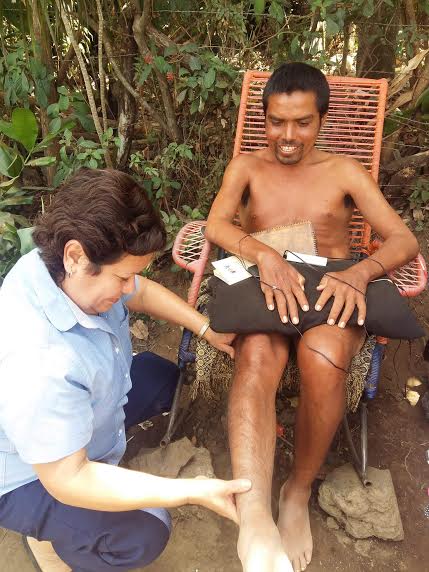 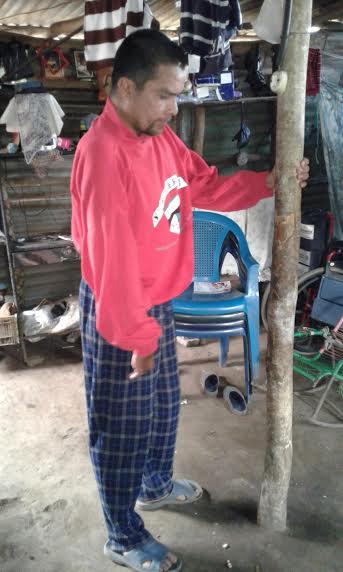 I have lived in El Salvador, my whole life. Being 27 years old, I now know that tomorrow I can find a worse case than yesterday, and his was one of those cases. In order to get him out of his house, he has to go up through some stairs, and since he cannot walk, two people have to lift him in a chair then two more people have to lift him upstairs where the road begins. That day, we had a single cab pickup. His legs were so stiff that it was difficult to sit him upfront in the car. The only option was to put the chair in the bed of the truck, and he was going to ride in it. He agreed, so we put straps on it to make him feel secure. Two people also rode in the back with him.

He stayed at the hospital that night. Later, I found out he had an appointment for the next surgery to happen sometime in 2016, but he was so bad that the doctors decided it was time to do the next surgery. His family knew that was bad news; his daughter knew that may be the last time getting a hug from dad. I know he knew that too. After the third day, I was told he was sent to a bigger hospital in San Salvador. The physicians decided it was too risky to do a third procedure, because he was losing all his motor ability after every surgery. They decided to try with the Cobalt treatment. There was nothing else to do at this point besides follow the treatment. The good news was he had the blessing to be included in the government program, so the treatment was for free. However, it had to be for 22 days every single day; Monday through Friday, non-stop. The city hall ended up providing them transportation for those days, so they could follow his treatment. He began the treatment this year, 2016.
By March of this year, Gladis, FFIF’s physical therapist, and I began our home visits to bring physical therapy to those patients who cannot come to the facility. By March, we had a vehicle, so Alexander was the main one on the list to visit. His physical therapy was 45 minutes every Tuesday or Thursday. His own practice at home started to provide him some movement on his body, right there, on the road. He showed us he was willing to live; he was not going to give up, because that was not him. His wife was also helping him practice what Gladis had taught him. “I am surrounded by people who are doing everything they can to see me back to normal. I feel the people supporting me always. It is always people of God. How am I going to give up? I need to give something back when I feel better; I wake up with that thought every day.”
Gladis made a plan for his therapy. The first step was to begin Transcutaneous Electrical Nerve Stimulation (TENS), a therapy that uses low-voltage electrical current for pain relief, to give stimulation to his muscles. Gladis wanted the joints smooth, so Alexander could sit in a more comfortable position. At the beginning of the therapy plan, it was too difficult to transport Alexander to the therapy center, but after some in-home visits, he was ready to come to the Foundation and do more with the equipment. 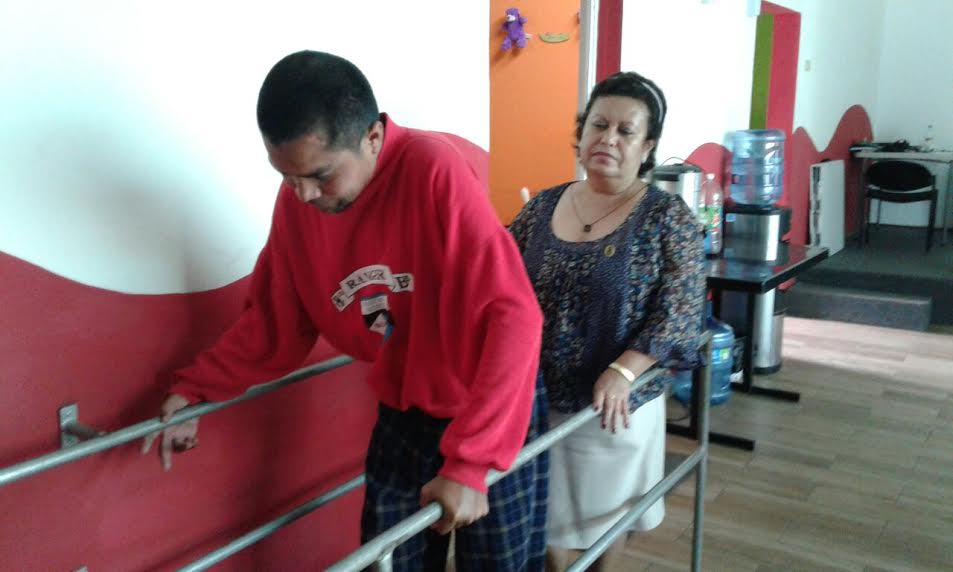 On May 11th I found him, home alone, making a huge effort to push his body to stay up. I immediately brought him to the Foundation, and Gladis changed the original plans for therapy. The new plans included more exercises for his muscular resistance of legs, arms, and shoulders. His progress is amazing; he has started to walk using little steps. He does not want to be in a chair. He wants to do more for his family.
Lorena, FFIF’s Social Worker, interviewed him to find out his expectations for his life. He mentioned he is very positive, and he does not feel sad anymore. He knows he will continue his life to take care of his family; his physical therapy is pushing him to do more everyday, because he knows he can do it. 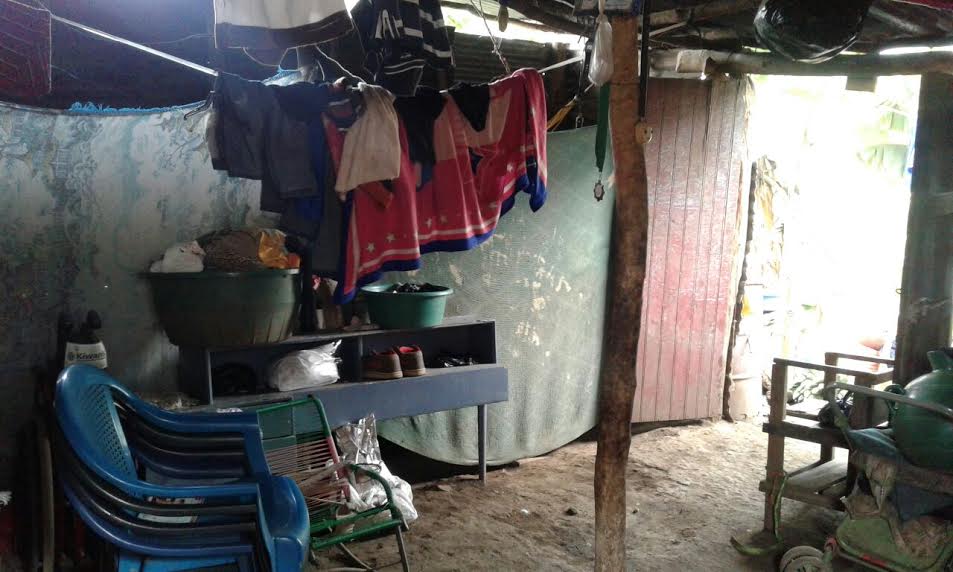 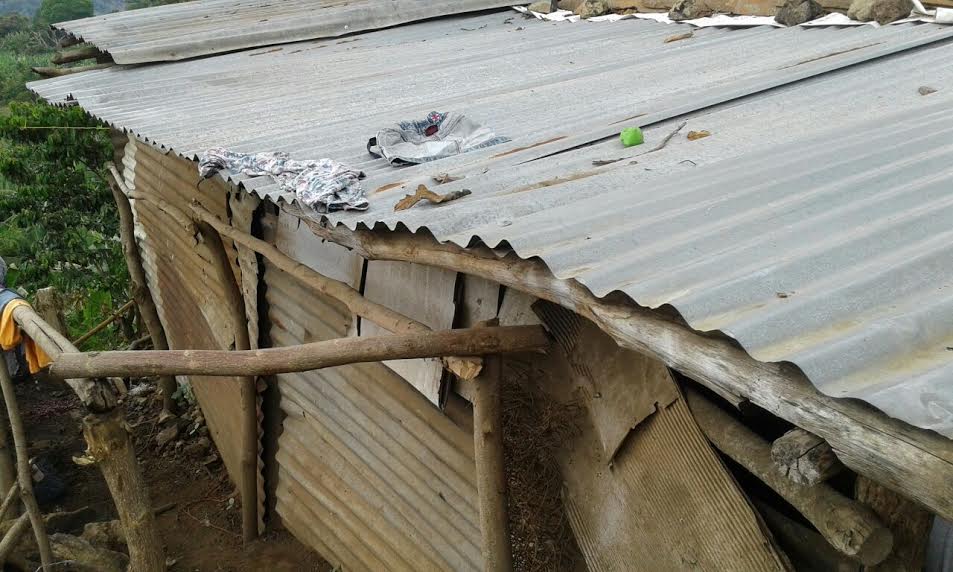 Alexander has a lot of work to do. In the next month, he has another MRI to check if the tumor has disappeared. He will be evaluated by the doctor again, and he is very positive about it. He will be also seen by the psychologist. The only thing that frustrates him is the fact he cannot provide a better shelter for his family. He lives in a little house made out of old lamina, wood poles with an approximate area of 12 square feet, some pieces of clothes hanging as a way division of the bedroom, and dirt floor. They leveled the property with dirt to make it flat. The area is a mountain of rocks, which made it impossible to build a decent septic. They had to ask some relatives to pay for dynamite to blow up the rocks and build a septic. He spends most of his days reading the Bible and meditating how wonderful God is to him. He has never complained. He says he will never be like Job from the Bible, but he will be forever grateful to God for providing him another day to see his beloved ones. Alexander’s dream is just to be the man he always dreamt to be: one who can afford a better living for his family with a better home and a better life; the husband his wife met years ago, and the father his kids deserve and need.

Thank You For Everyone Who Helped Us Provide a Home for Alexander!